Square’s AU$39 billion acquisition of Afterpay, the largest public mergers and acquisitions deal in Australian history and largest cross-border fintech deal in global history, is a game-changer for the fintech sector. In recent years, millennials and Generation Z consumers have been veering away from credit cards, causing the surge of ‘buy now, pay later’ (BNPL) products and services. BNPL products enable consumers to split purchases into separate instalments over a period of time instead of upfront payments, while still being able to receive their items immediately. The BNPL sector is developing rapidly, with a number of tech giants entering the market, including the likes of Paypal, who launched their “Pay in 4” service last month, and Apple, who announced their partnership with Goldman Sachs to launch their “Apple Pay Later” BNPL offering last month.

Launched in late 2014 by e-commerce entrepreneur Nick Molnar and investor Anthony Eisen, Afterpay is an Australian-based company focused on providing BNPL services that incur no interest charges. Afterpay’s primary revenue is driven through the fees it charges to merchants, which constitutes a flat rate of AU$0.30 per transaction and a commission which varies between 4–6 per cent, based on the value and volume of each sale. Retailers drive new business from Afterpay through referrals – Afterpay sends around 1 million referrals per day to merchant partners globally and approximately 55 per cent of those referrals come from consumers finding their stores through Afterpay’s mobile app. Afterpay now has around 16 million active customers, and roughly 100,000 active merchant partners around the globe. In just 6 years, the company has grown exponentially and has been a revelation in the fintech industry. 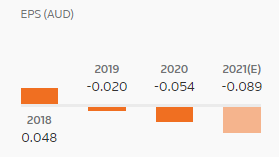 Founded in 2009, Square is an American digital payments company which offers square-like card readers that enable merchants to accept card payments. Their products make it convenient for small businesses to accept card payments, as they can be easily connected to a mobile phone or tablet. Square has established two distinct ecosystems – Seller and Cash App. The Seller ecosystem includes its payment business and financial services products including loans, while the Cash App is a digital wallet that enables peer-to-peer payments, investing and card transactions. Currently, Square has a consumer base of more than 70 million Cash App customers and millions of sellers. Up until now, these two ecosystems have been running parallel to each other; however, management has expressed in recent years that they are looking to integrate the two segments.

The transaction, valued at AU$39 billion, has been structured as an all-scrip scheme of arrangement, with a fixed exchange ratio of 0.375 shares of Square class A common stock for each Afterpay ordinary share. Based on this ratio and a closing price of US$247.26 on 30 July 2021, there is an implied bid price of AU$126.21 per Afterpay share, which is well below its peak price of around AU$160 reached in February this year. It also represents 42 times Afterpay’s revenue in 2021, causing some investors to question Square’s choice to pay such a significant amount for a company that has never made a profit.

There are two notable things about this transaction. Firstly, the transaction is all-scrip; there is no cash consideration involved. Secondly, given Square is listed on the New York Stock Exchange, it is providing shareholders with the option to receive Square shares that will be listed on the ASX through CHESS Depositary Interests (CDIs), which will allow the shares to be bought and sold. CDIs allow investors to receive the economic benefit of holding shares without having legal title to the shares and, in theory, do not have voting rights (although in practice they generally are allowed to vote). Alternatively, shareholders can elect to receive the U.S. traded stock. If every Afterpay shareholder opts for the ASX CDIs, this could have a significant impact on the ASX, although this is unlikely to happen.

Given the companies’ individual offerings and significance in the Australian and U.S. markets, it is clear that this transaction can have a significant impact on the financial services sector. From a strategic perspective, the acquisition of Afterpay will provide Square with the opportunity to advance towards its goal of integrating its two ecosystems. Afterpay will be integrated in both the Seller and Cash App segments, which will allow for small businesses in the U.S. who are customers of Square to seamlessly gain access to the BNPL service. After the integration of Afterpay, Afterpay’s retailer customer base could go from 100,000 to potentially millions. Further, the deal will allow Square to expand its offering to the wider market, as Afterpay has over 5.7 million active customers and approximately 70,000 merchants outside of the US. In the face of significant competition by giant technology players, the merger will add to the competitive landscape of the BNPL market. Importantly, the deal will enable the pair to be one step closer to their aligned goal of “mak[ing] the financial system more fair, accessible, and inclusive”, and transform the future of the global payments industry and consumer finance.