What is market manipulation?

Market manipulation has always been a problem in the financial market space. It is a deliberate act to interfere with the free and fair operation of the market and involves either inflating or deflating the price of a security for personal gain. There are numerous laws in respective countries prohibiting market manipulation specifically under section 1041A of the Corporations Act 2001 in Australia and under section 9(a)(2) of the Securities Exchange Act of 1934 in the United States.

One of the most significant forms of legal market manipulation in recent times is illustrated through Elon Musk – specifically via his public tweets regarding cryptocurrencies. As Elon Musk tweets, so does the crypto market. As mentioned in one of UNIT’s earlier articles: Dogecoin: Meme to currency, Elon Musks’ tweets have caused the price of dogecoin to skyrocket well beyond reasonable belief. For example on the 24th February at 8:00am, Musk tweeted one word “literally” , attached with a photo of the famous shiba in a space suit. As shown in the chart below, the price rose more than 20 percent that day. 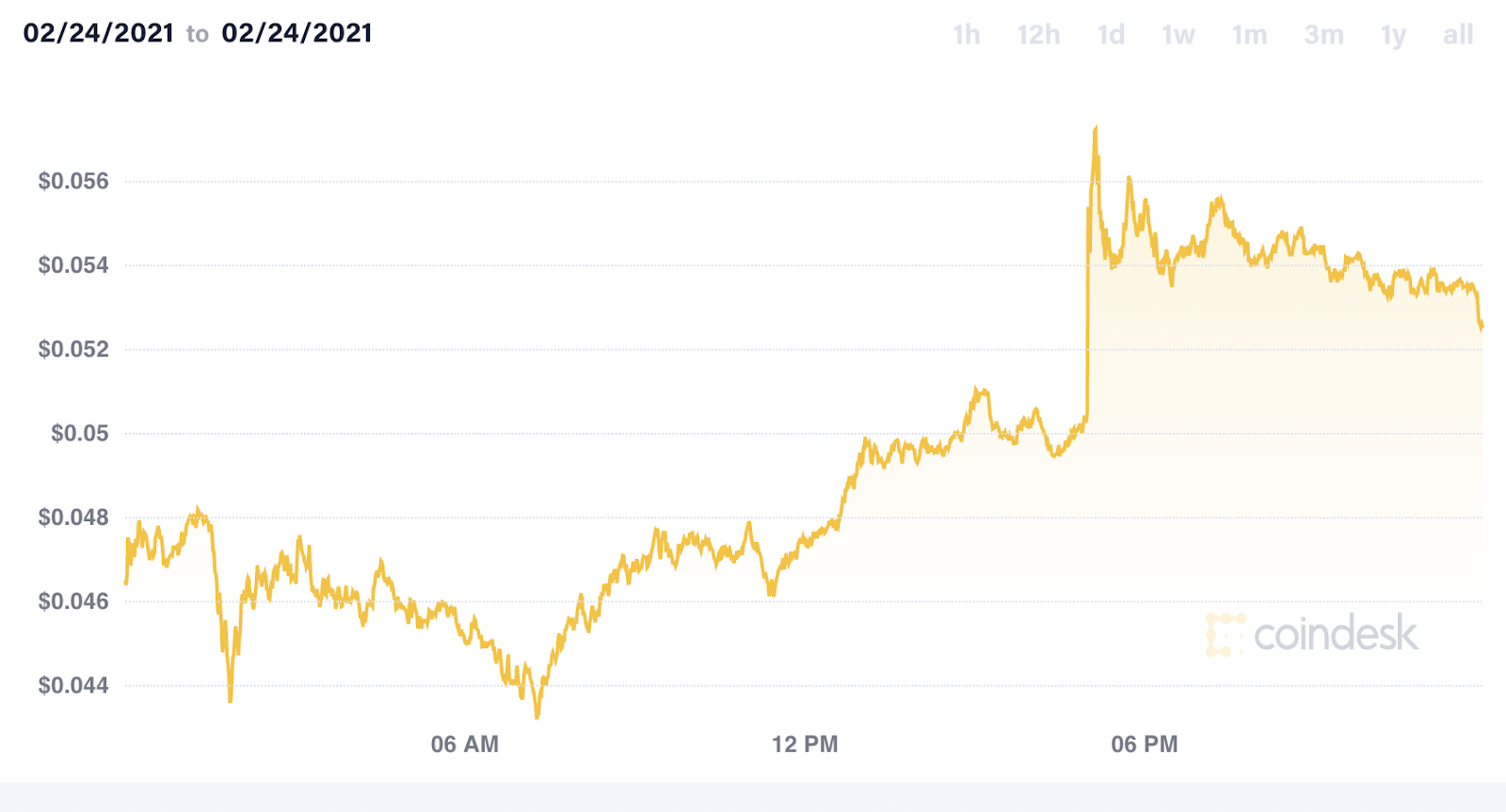 This has been a constant recurrence, so much so that it has been referred to as the “Musk Move” – capturing the size and influence Musk truly has over the financial markets.

It is not all upside however. As shown below, the price of bitcoin has fallen by roughly 20 percent all from a series of tweets made by Musk. 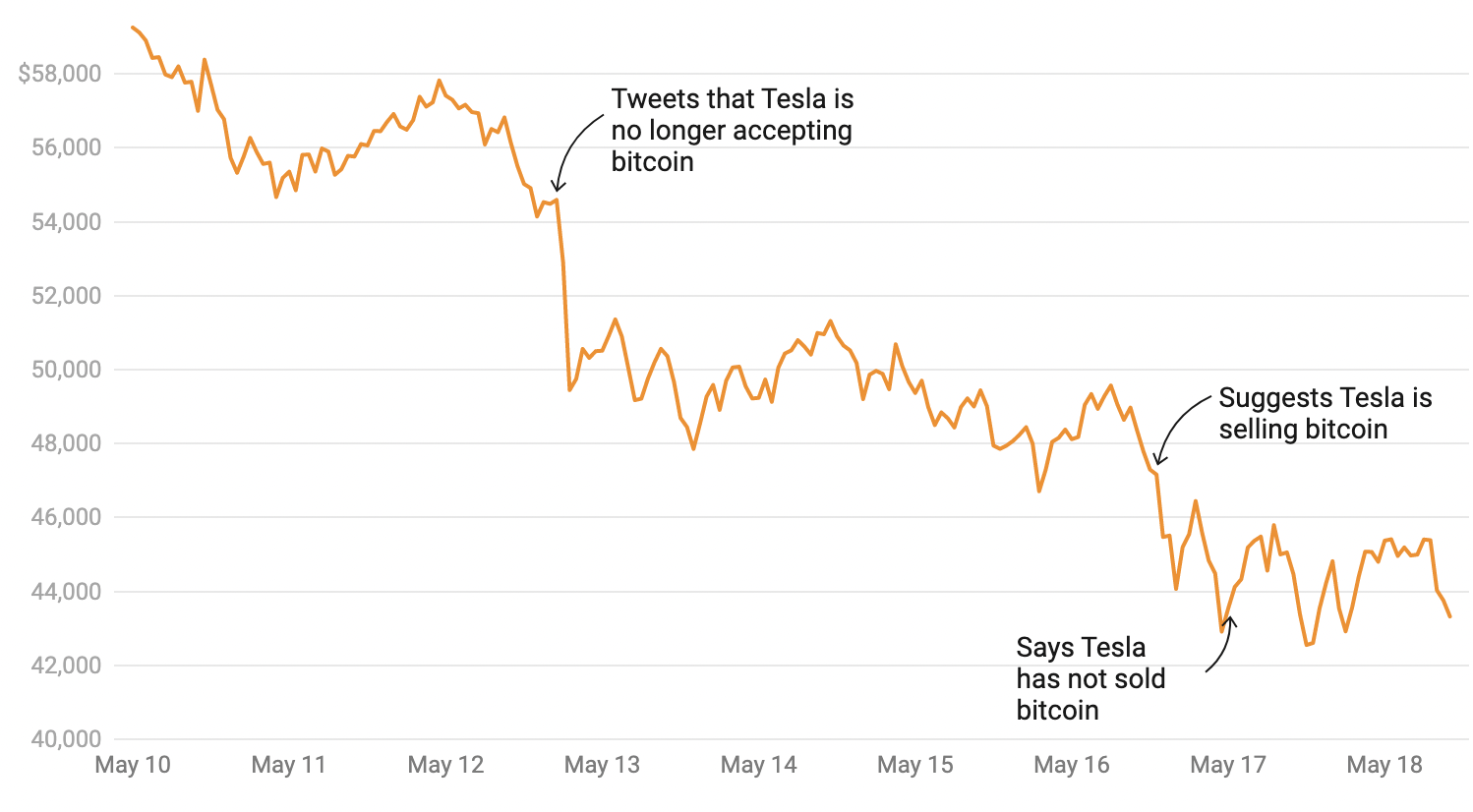 Furthermore, Musks’ jokes on Saturday Night Live saw the price of Dogecoin crash nearly 25 percent in a matter of minutes. 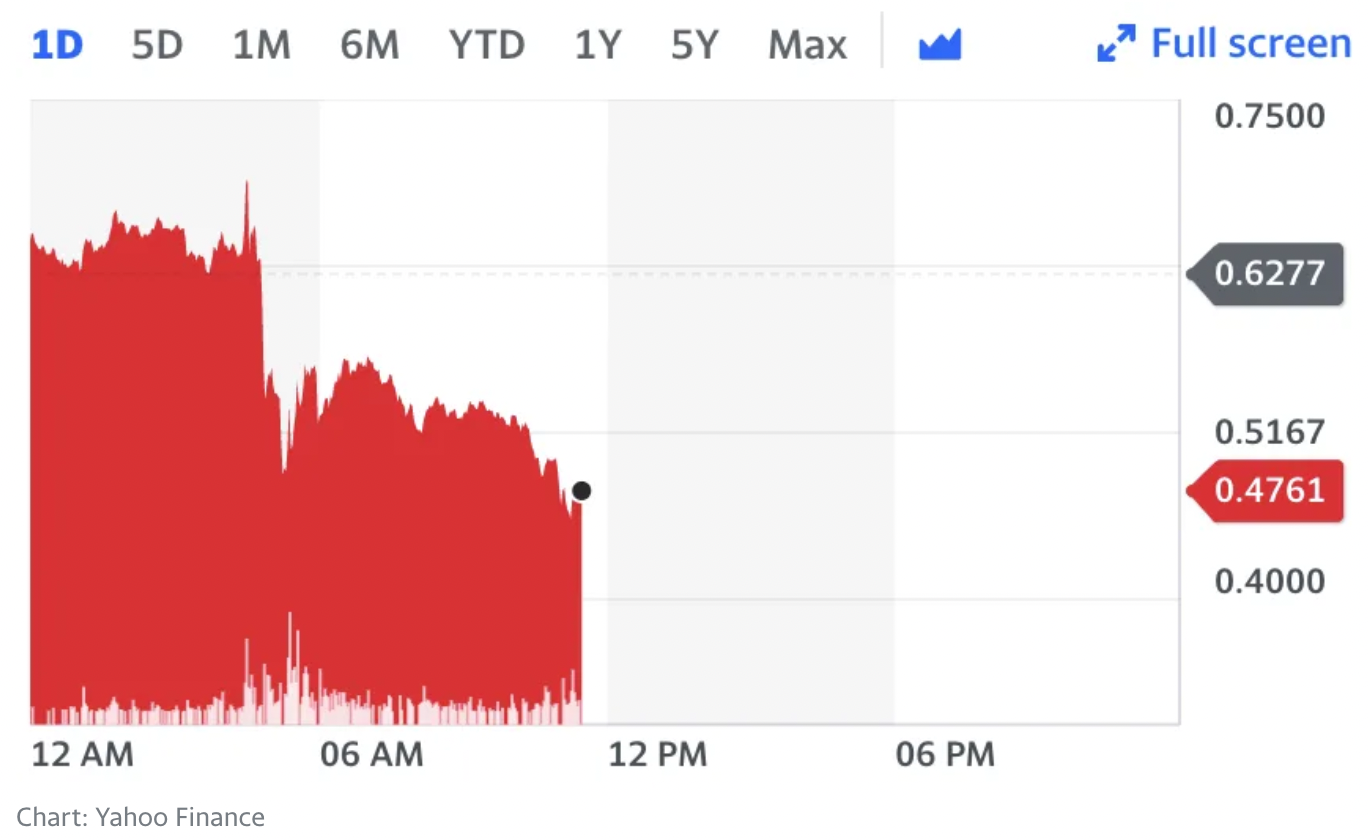 Who would have thought that the price of major cryptocurrencies could skyrocket or deflate with the impact of even just a few words – such influence is quite frightening to witness especially given the exponential growth of new retail investors entering the crypto market recently. As a result, there has been ongoing concern about the solidity of the crypto market and the “Musk Move” further elucidates the strong volatility of the crypto market.

Though it may seem like fun and games to some, Mati Greenspan, a cryptocurrency analyst at Quantum Economics, thinks otherwise, commenting that  Musk has “intentionally manipulat[ed] financial markets so many times before that it’s not even funny.” What’s also concerning about Musk’s tweets is that there is no way of guaranteeing whether he is selling or purchasing these coins before posting them. Unlike other asset classes, cryptocurrencies receive significantly less oversight and regulation, which, as the Securities and Exchange Commission warns, generates “potential for fraud or manipulation”. Because of this uncertainty, Musk is able to tweet and seemingly manipulate the market as he wishes.

Elon’s significant influence is further translated in the stock market. On January 27th this year, when Elon Musk tweeted “use Signal,” the stock price of Signal Advance Inc, a completely unrelated company skyrocketed by 1100 percent. Such is the power of Musk, the world’s richest person – whereby investors are willing to invest their money blindly without accurately conducting thorough research. This is in addition to his numerous tweets regarding other companies such as Etsy, Gamestop, Clubhouse, and others. 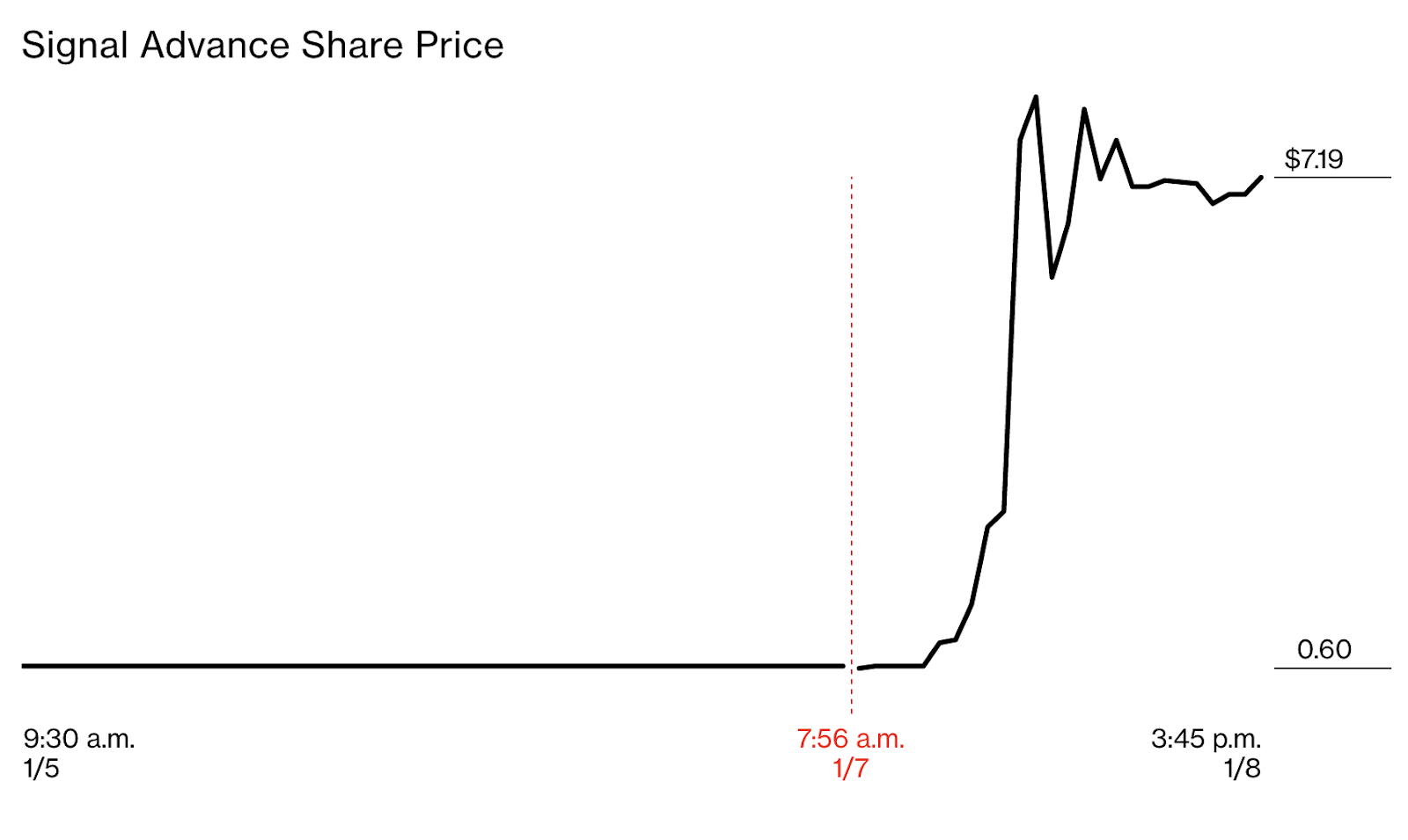 The times of traditional investing have changed. It appears that markets now have influencers similar to those in the world of fitness and beauty. Though it is unlikely that Musk is making these tweets for personal gain, his substantial influence on investors is quite concerning and has sparked controversy amongst countless commentators.

How then do investors make money in the financial markets? Do they simply just follow Elon’s tweets? That is certainly what evidence seems to suggest. But given its unpredictability, the safer option for investors is to stick to traditional fundamental/technical analysis to achieve solid and stable gains.